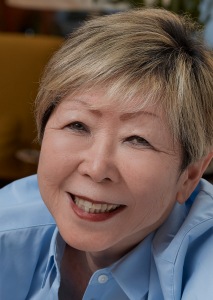 Julie Azuma is a Chicago-born New Yorker with an extensive career in social activism, both as an educational activist for children with autism, and as an activist for Japanese-American rights. With a career spanning more than two decades, Julie has used the influence and success of her company, Different Roads to Learning, to speak for those without a strong political voice. Julie’s work in bringing awareness to issues such as the educational gap for autistic children, and the necessary reparations needed after the holding of Japanese-Americans in concentration camps during World War II, has sparked important change and started needed conversations about human rights. As she continues to work for progress in our country, she talked about her extensive life and career, and the effect her work has had on herself.

I would say that all of the activist work I have done was not calculated, but very natural. It all felt very necessary and essential to the life I was living. Growing up in Chicago, with two Japanese-American parents who had lived in America during the second World War, I felt very personally affected by the history of the use of concentration camps during that time.

During this time, Japanese or Japanese-Americans folks were held in these internment camps right after Japan’s attack on Pearl Harbor. Both of my parents had been held in one of these camps, and my mother was even pregnant with me during her year-long imprisonment. This was about as extensive as my history of their experience at the camps was; my family refused to talk about what had happened, or the effect it had on them thereafter. If I was ever to ask about what had happened in these times, my parents would shut down on me. This past was treated as though it didn’t matter, although it was very clear to me that it had scarred my family and others for generations.

My mother, a first-generation Japanese-American, and my father, a Japanese-American immigrant, both seemed to hold significant scars after their imprisonments. These effects were also seen on my distant cousins who were held in the camps, and consisted of a general, underlying fear of authority. I also felt that it made them want to blend into the background politically, and they have not wanted to stick out in the face of authority since. Even discussing the effects or happenings of the concentration camps felt like a can of worms best left unopened.

Not knowing more than this about their history, and the history of other interned Japanese-Americans, caused me to seek out, later in my life, a place to learn and discover more about it. I was greatly affected by the shame and humiliation these events had caused in my family, and was open to meeting with others who felt the same. I sought out a group working for Redress Reparations in California, and eventually, I got involved with a group that met weekly, or sometimes monthly, in the basement of a church to work towards receiving these reparations for Japanese-Americans affected by these concentration camps. We wanted to find a way to stand up for the detention our people faced, and we truly believed we were capable of fixing the issue. We worked tirelessly until we won in 1980, when the bill was passed to start a reparation program. Working with this program for years, I got to meet many famous Japanese and Japanese-American activists that I felt so privileged to be able to enjoy. Since that time, I am still in touch with many of these people, and continue to reach out to this day.

Being a part of that movement, and involving myself later with other Japanese New Yorkers helped me create my space in America as a Japanese-American. We felt as though the Japanese New Yorker experience was different than those in other regions, as we were generally more artistic or bohemian. Prior to discovering this circle, I had always felt as if I had no sense of community. It seemed as though Japanese-Americans were previously pushed into the background, and continued to face oppression because it was assumed that we wouldn’t yell, or make noise about what we were facing. Gathering a community of Japanese Americans, and continuing to raise awareness about what our ancestors had faced, fostered the greatest sense of community for us. Even now, we try to gather as often as possible and have a potluck of Asian food, and it has given us our own, different space to feel a part of.

This has been a big part of my activism over the years–wanting to create a sense of belonging on many levels for those that didn’t have this before. Whenever inviting someone new to come along to our potluck, my mantra is: “I promise you’ll meet someone that you like!” This has been my favorite way to foster community among those who had felt neglected before.

Like my activism for Japanese-Americans, my work for educational support for autistic children also came from what seemed like a place of necessity on my part. Moving into adulthood, I had always wanted many children and imagined myself having quite a few. My older daughter, however, Miranda, was adopted by my husband and me from Korea. We noticed fairly early that she had severe behavioral issues, and was disabled in some way.

We also noticed her development lateness, and were very concerned. Dealing with her behavioral issues, it was difficult to figure out how to handle it. There was a lot of pressure from family and friends to discipline her, and my calmer, more understanding way of dealing with the issues was seen as a sort of permissive parenting. I was so understanding with her behavior because I always knew there was something wrong, though I didn’t know exactly what it was.

Throughout this time of confusion, we took Miranda to many speech and language pathologists in an attempt to get to the bottom of the issue. The last specialist we went to was finally honest enough to give us the autism diagnosis and let us know that we had been in denial. At the time, autism was not as commonly understood and this was a very drastic diagnosis, not mild at all. There was a big stigma surrounding autism that even blamed the parents of autistic kids, and offered little support to help the kids get the resources they needed.

At this point, although I had been working in the fashion industry in New York for years, I felt that I had outgrown that work and was ready to devote all my time to helping my daughter. Once I realized there were little educational tools to help with the vocal and development issues Miranda faced, I decided to start a company that would help myself and other parents dealing with children with autism. Starting this company has been noted by others as courageous and brave, but I truly think it came instead from my pure desperation. I wanted nothing more than to get my child to communicate, and felt I had to do whatever necessary to achieve this.

To move forward, I first started taking weekly lessons on economics and legal issues in building a business. In one of these meetings, someone said to me, “Why don’t you open your store on the internet?” At the time, in the 1990’s, I didn’t even know how to use a computer! Opening the store was about $600 monthly through AOL, and developing the site cost about $3,000. Once we were running, we were actually one of the first ever stores on the internet.

Operating the business, named Different Roads to Learning, we worked as a middle man between distribution stores that offered educational supplies for kids with autism and the parents that needed these tools. Our first catalog was about 112 pages, and featured about 15-20 of our own, self-developed products. I can admit that at this time I only imagined the store being a hobby, and never imagined it would grow to be as big as it is today.

We were greatly focused then, and still are in a sense today, on the use of the method of Applied Behavior Analysis (ABA) tools for kids. We have featured some sensory tools, but this was developed by behaviorists and focuses more on individual behavior than we advocate for. Over time, as my company grew a huge client base, within about five to seven years, we have adapted to the growing and changing flexibility of the science and methodology surrounding autism education.

My work with my company got me into the organization called Asian Women in Business (AWIB), a group of powerful women who are models, entrepreneurs, or even own million-dollar companies. I sort of fell into my work with AWIB (now as a member of the board), but it helped me adapt to my role in business as it exists as part of my persona.

Spanning all of my career, I do think that the work I am most proud of is the work I have done as a parent. Being a parent in my 40s, and still being able to raise my daughters and do all of the activist work I have done before and during my parenthood, is so fulfilling. I am so happy I did it all. My younger daughter, who is studying social work at NYU, got to present me with an award this year and her speech proved to me that parenting is the best work I have done. Both of my daughters, including Miranda, who has a form of non-verbal autism, have taught me wonderful things and all sorts of hidden capabilities.

I have learned from both my work and from my parenthood, that the real answer to overcoming the political issues we face today, is understanding. If we got to take more time to spend with people we don’t feel we understand, we would be able to see past our judgments and talk about real, public change for everybody.