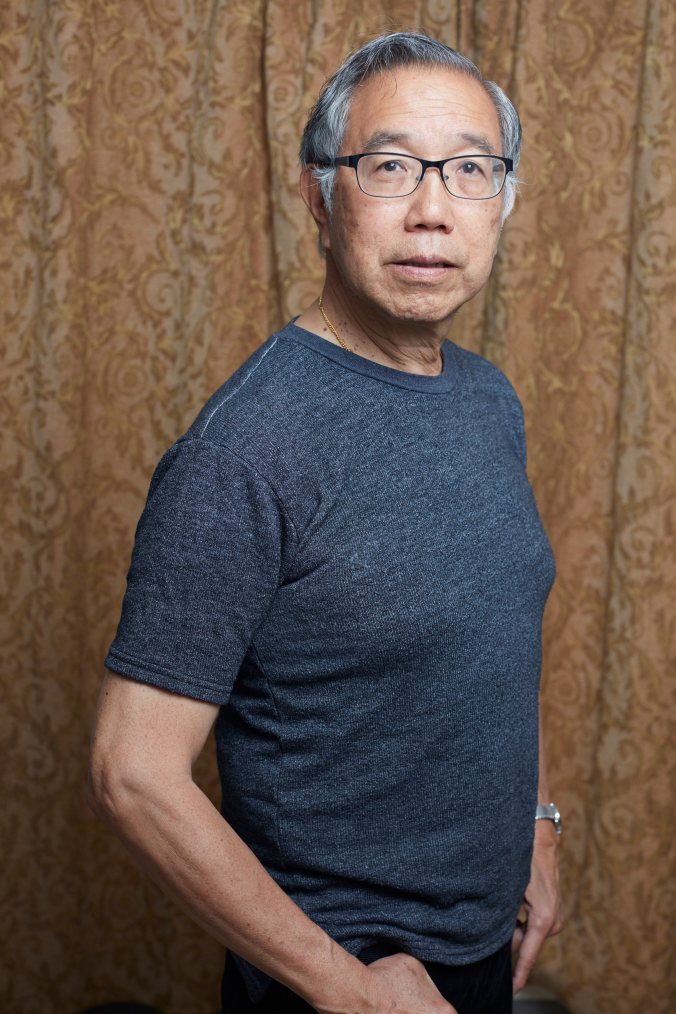 “You arrived on July 4th –  standing up!” That was how mother described my birth in 1947.  My breech-birth arrival was cause for celebration.  That it happened to fall on Independence Day, accompanied by fireworks in the Nation’s capital, was in sharp contrast to what my parents had endured in war-torn China just a few years before my birth.  My parents had left America in the late 1930s serving as civilian professionals in China.  Their first-born son perished in the harsh conditions of Chonqing, a city ravaged by perpetual bombing by Japanese fighter planes.

I was told the story of my parents’ escape from Chongqing over the Himalayas as a child. I did not understand how our family came to settle in the Appalachian hills of Kentucky, but  I appreciated the fact that my parents were forthright in sharing their early history in China with us as children.  Knowing one’s roots is critical to finding your voice.

My father’s parents were born in Toisan, a rural part of Southern China.  His father ventured across the Pacific at the age of 14.  Before finally settling in Worcester, Massachusetts – he had crossed the Pacific four times! My father and all but one of his siblings was born in America.  Their family was a curiosity in Worcester since my grandmother had bound feet and insisted on wearing Chinese garb.  My grandfather, however, embraced American customs, insisting on cooking Turkey with all the fixins for their Thanksgiving Meal.

If my father was told stories of his parents lives in China, he never shared them with us.  His first visit to China came shortly after he lost both of his parents to illness. It was 1937, and he arrived shortly before the infamous Japanese siege of Nanking, China.

My Mother grew up in Beijing, China. She was an official’s daughter. Not wealthy, but certainly more privileged than most Chinese.  Her father would escape Chinese Exclusion Laws because of his diplomatic status.  All of his children would attend American and British schools.  Years after my maternal grandfather passed away, his wife’s immigration status would be questioned by authories – despite her many years in America.  Unable to pass the citizenship English test, she was threatened with deportation, and forced to move to Canada where she lived out her last days with her oldest son.

Like many Asians in American, we are often asked: “Where do you come from?”

I am proud of my Chinese heritage and also proud of the fortuitous circumstances of being born on July 4th in Washington DC.  But the question “Where are you From” often sadly reflects a perception that we Asians in America are not “American”, that we are foreigners.  So if I answer: “I was born in Washington & I grew up in Kentucky”,  the questioner would persist in asking:  “Where are you really from?”

This question spurred me to delve even deeper into understanding my own family’s history, to understand America’s racist immigration laws which have shaped our lives but also the lives of every American.   Our family experienced segregation “American apartheid-style” explicitly during one road trip.  As we stopped by gas stations, the signs left nothing to the imagination:  “Colored Only” and “Whites Only” signs.  Having someone tell you which bathroom to go to is an experience even a young person will never forget.

In college, I chose to be a Freshman Counselor.  This meant rejecting “rushing” for a fraternity.  My father had been a harsh critique of fraternities.  I would end up having my own views published by the Alumni Magazine – and the backlash I received from the mostly white alumni was itself an education in how deeply seated racism is in America.  In graduate school, I discovered a small but active Asians American student movement. It was exciting! We founded the first Asian American Student Association, published the first Asian American Studies Journal (“Amerasia Journal”) and created and taught the first course on Asian American Studies.

By the time I entered law school, I knew I wanted to pursue a career as a civil rights or legal services attorney. Standing up for civil and human rights seemed to be a perfect life career.  I was lucky to have found a job where I would get paid for enforcing policies, laws and initiatives that I felt addressed issues of social justice and fighting inequality.  I continued to also maintain my out-side activism, since civil rights agencies are invariably always under-funded by governments.

I took a brief respite from working at the City’s Commission on Human Rights in 2001.  I was among 7 candidates running for city council in Manhattan’s District 1 -an incredible experience even though I did not win.  As a candidate, I was able to speak out about issues that I felt passionate about: affordable housing, workers rights, disability and civil rights issues, equal opportunity.  I was also able to do a lot more “soul-searching” than ever, and learned to better appreciate the relationships I had with my family and friends. The Primary -on September 11th – was obviously horrifically disrupted.  But I eventually landed a position at the State civil rights agency as Director of the Office of Equal Opportunity & Diversity, where I was able to address the importance of promoting the human rights laws amongst more New Yorkers by translating agency materials into many different languages.

For young people, it’s important to understand not only their own family’s history, but the history and struggles of diverse peoples in America to overcome oppression, racism and other forms of discrimination.