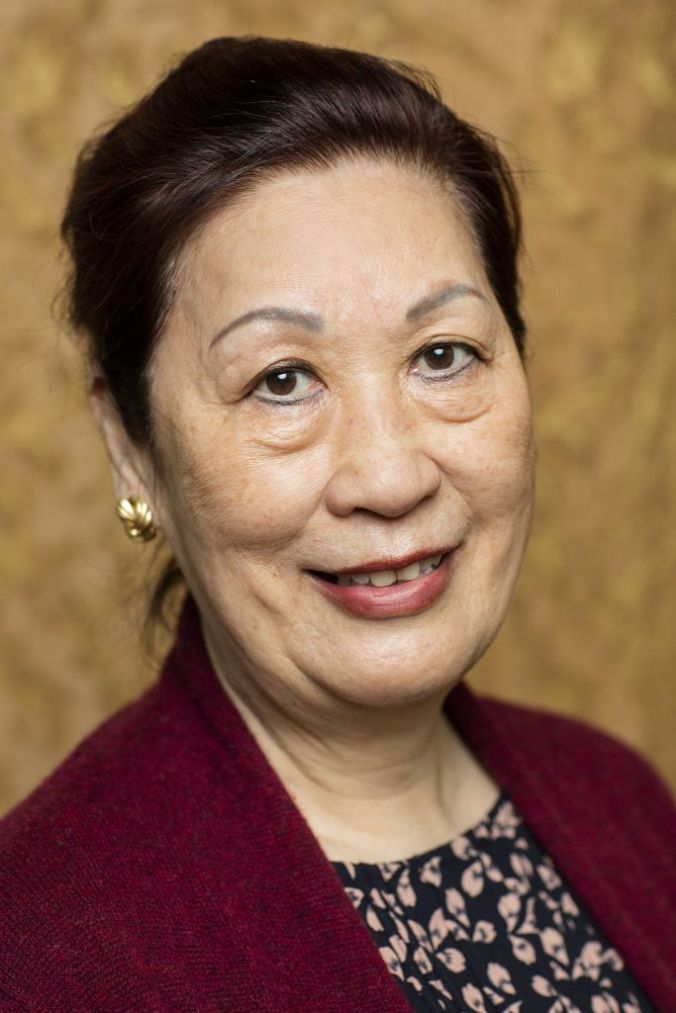 (as told to Ruth Sergel)

“Everybody came here with a dream”

Alice grew up in Hong Kong with six brothers and sisters. Her father had one of the first cars in Hong Kong. He repaired cars and gave driving lessons. Education was subsidized through elementary school. After that, one had to pay. There were a lot of people in Alice’s home. Not just immediate family but also a cousin, her grandmother and an adopted daughter from the village. It was a heavy responsibility for her father.

We asked Alice how she met her husband. “I was not so lucky. I was only 18. My oldest sister was teaching in a school. My aunt thought my sister is good and wants to introduce her to a boy but my sister already had a boyfriend in high school. My aunt brought 5 oranges. She says the man is a sailor but he wants to marry and settle down. It turned out that he just wanted someone to care for his elderly mother while he was away.” Alice got married in 1967 and gave birth to her first daughter in 1968.

Later Alice’s sister felt so sorry. She said to Alice “You are good, I shouldn’t have refused him.” Her sister felt guilty her whole life because the man wanted someone who would be successful outside the country but Alice was very quiet at only 18 years old.

We ask Alice, but he loved you? Alice says no, no he just wanted someone to care for his mother. In 1970 Alice moved to Holland with her two year old daughter because her husband had left when she just had the baby. She was 18 years old and already had one child. She was alone when she gave birth to her second child and went on to have three children. Her husband was a gambler and always getting fired. But Alice still took care of her mother-in-law for the next 20 years.

Alice’s father-in-law didn’t have a green card so he couldn’t help to get them to the US but later Alice’s sister married an American citizen who took her to America. She became an American citizen and brought Alice over from Holland. Alice says that all immigrants think coming to America is the best. People see coming to America as the Golden Mountain, you will make a lot of money. When Alice divorced from her husband her co-workers opened a bottle of champagne to celebrate!

“The union saved my life”

In 1982 Local 23-25 needed more staff to help organize the strike and Alice was hired. She was so accomplished at her job that she became a business agent overseeing 72 shops and a member of CLUW.

Alice had learned from her father to be happy working with a group of people. She didn’t get a higher education, didn’t even get through high school. Bravery and confidence came from her father. He only went to school for two years but he can communicate. He writes good English and Chinese. This influenced the moment Alice gave her famous speech at the Uprising of 1982.

May Chen remembers Alice’s speech. The bosses said “but you’re Chinese, you should have life like in China” but Alice said “No, we are in NYC we should be treated like New Yorkers!”

Alice tells us, we are all blessed from our parents. Education is important and sharing love, being brave, being positive We learn from others. It is important to respect others.

“How do we create change? We need to organize!”

Alice believes that love can convince people to change their way of thinking. You have to be reasonable when you talk to people and try to make them happy. People need to understand that you can’t make yourself happy based on the sorrow of others. Alice found that she was happy to help people.

Alice shared her work method with us: in order to solve a problem – you need to get information. You have to be smart about things. Some people are bad, they even steal. You have to take the time to really know who they are, then figure out what to do.

Alice shared the story of an older man who went to China and came back with a young bride. They had two children. The young woman worked in the garment industry while the man stayed home with the children. One day he stepped out briefly to pick up some food. When he came back, the apartment was in flames from a faulty heater. He tried to save the children but they both died and he was blinded in one eye.

The mother was inconsolable. No one knew what to do anymore to help her. She had lost the will to live. Alice thought about the situation. Finally, she reached out to the woman and told her this: Yes, you are a mother, but you are also a daughter. Alice contacted the woman’s mother and brother back in Honk Kong. She kept reminding the woman of her place in the generations of life. Slowly, with Alice’s thoughtful care, the woman came back to life. She and her husband  found the will to have a family again and went on to have two beautiful children.

For Alice, no matter what happens in life, you have to stick to your values. “I want to give the message to the younger generations. If people don’t agree with you, you can’t do anything. You cannot do great things by yourself. You need a group of people.”